At the Home Office we are sometimes asked, “Where does the name Western Fraternal Life come from?” or “What does the “Western” part mean?” After some discussion, we decided to check our history books. The history of our organization is entwined in the answer.

According to the Centennial Edition of the Fraternal Herald from 1997, Western Fraternal Life was first a part of CSPS or the Czechoslovak Benefit Society in 1854. “The CSPS, which provided both a social lodge and a life benefit, operated on an assessment plan. Members paid monthly dues, which varied depending on the number of deaths, which were claimed per month. Neither age nor health was a factor in payments; every member paid the same. There was no reserve from which the death claims were paid. Only men were allowed to join—neither women nor children were accepted as fully insured members.”

This set-up was not sustainable, and created a rift between the newer and older members of the Association. “This system, typical of fraternal benefit societies of the time, worked for a number of years, as the number of Czech immigrants increased, adding new blood to the pool from which members were drawn. The new stream of immigrants, however, differed demographically from the Czechs already in place. The members of the CSPS were much older than the new immigrants who came to the states. Many of the immigrants came for economic opportunity, and some fully intended to return to the homeland after making money in America. These immigrants dreamed not of religious freedom, but of the economic freedom, which came with owning land. Land was available in the west, not the cities; therefore, they settled in Wisconsin, Iowa, Nebraska, Minnesota, and Kansas.”

“A rift soon developed between these men and their eastern counterparts. The older immigrants began to die at a faster rate, and this meant that the rates increased for the younger members (mostly located in the “west”). For the Association to survive financially, each member had to pay a significantly higher rate. Why, the younger members thought, should they have to pay more for those out east? It made sense to them that, as they were younger and would not receive benefits from the Association for many years to come, they should have lower dues than those who were more likely to collect. In addition, members should have to submit to a medical exam. Also, while eastern Czechs, whose wives did not bring home a significant portion of the income, did not see the need to insure women, western Czechs saw the situation differently. If a wife died, the farmer would have to find a way to replace valuable source of labor. In addition, they believed in equality between men and women. In the end, they reasoned, their continued membership in the CSPS would be more of a hurt than a help.”

From there, the western members of CSPS decided to take action. “The western cause was greatly helped when Jan Rosicky, the great publisher of Czech language newspapers from Omaha, NE lent his vocal support. On February 9, 1897 Rosicky led a group of 25 delegates from 31 CSPS lodges who met in Omaha. These delegates drafted four resolutions, which they would present to the CSPS convention. The resolutions called for premiums determined by age, admission of women as fully-insured members, the establishment of a reserve fund, and a medical director who would examine all applicants. The convention adopted a set of bylaws for a new organization, which would provide the social and insurance benefits of its parent in case the CSPS defeated the proposals. In a move which surprised few, the CSPS rejected each of the resolutions.

In June 1897, the officers filed Articles of Incorporations with the state of Iowa. Thus, on July 4th, 1897, was born Zapadni Ceska Bratrska Jednota (ZCBJ), the Western Bohemian Fraternal Association (WBFA). By the end of 1897, the Association boasted 49 charter lodges and 1,259 charter members.” 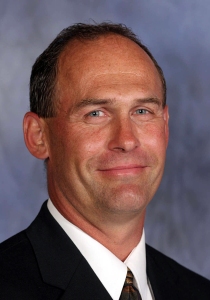 Randy Kolarik began with Western Fraternal Life Association in July 1989, following in his father, Rudy Kolarik’s, footsteps. Randy attended the University of Wisconsin in River Falls and graduated with a B.S. in Animal Science with minors in Agri-Business and Farm Management. He and his wife Jodi have three children, Nick, Elizabeth, and Celia.

Randy was brought to wfla by former agency manager Dean Estling. What drew him to this company was what it offered as a whole. “It is a small company, but it is great not only being able to offer the insurance security, but also having the community service aspect. It is the ideal situation.” He loves the Single Premium Whole Life product that wfla has to offer because you are able to cover any age with it, and you know it will stay with the company because the premium has already been paid. Randy considers wfla’s scholarship program his favorite member benefit because it helps our members increase their knowledge. “You never know when that knowledge we are giving them could come back and help wfla in the future,” Randy noted.

Outside of his insurance business, Randy is active in Boy Scouts, church activities, and many different committees. Randy enjoys golfing, along with woodworking, and furniture refinishing. He likes to reclaim things from what he would consider the dump. Randy is a member of Lodge 108 and is the head cook for the lodge ‘booyah’ party that takes place annually. He actively participates in fraternal activities as a speaker at Lodge, District, and State Meetings.

In May, Randy will become the President of the National Association of Fraternal Insurance Counselors. He will hold this position from May 2014- May 2015. His duties will include speaking at state chapter meetings, dealing with the issues that arise, and taking care of the books. Randy will need to be there to serve the FIC members, and he will head the NAFIC National Conventions. The Home Office would like to congratulate Randy on this wonderful achievement in his career.

Randy has been awarded many different awards from wfla. He has been named Agent of the Year three times: 1997, 2007 and 2011. Randy was also named to the Century Club, Golden Quill, and has been part of the President’s Cabinet several times. He is consistently one of wfla’s leading agents and serves many members throughout the state of Wisconsin. He has also served as the President of the Wisconsin Fraternal Insurance Counselors.

Randy has attended many of wfla’s agent incentive trips, but a few really stick out in his mind. “In Puerto Vallarta many years ago, we were the only boat out on the water. We could see three hump back whales; they were so close that we actually got sprayed by one of them. We think he was putting on a show for us. Two of them swam under our boat, and the eye on the mom was as big as a steering wheel. If they had flipped their tail, we would have been shipped wrecked,” Randy recalls.

Randy would like to leave everyone out there with a bit of advice, “If you are looking for a career opportunity this is a good place to be. WFLA is a small company that offers strong financial as well as communities service opportunities. You are able to talk directly to the president of the company, and you get to know the people behind the scenes. It is the perfect opportunity.”

WFLA is thankful to have Randy Kolarik as a part of our team and we wish him the best in his future endeavors.